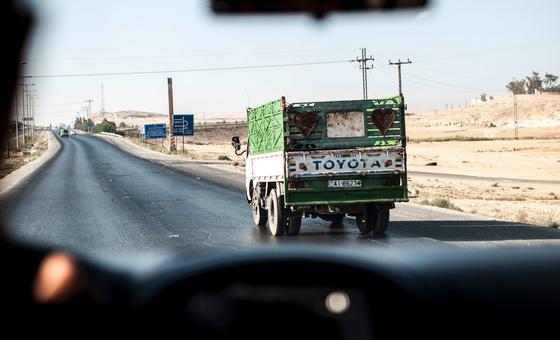 Updating ambassadors on the elimination of Syria’s chemical weapons programme, as per Security Council resolution 2118 (2013), High Representative for Disarmament Affairs, Izumi Nakamitsu, said she has been stressing each month “for many years now”, that continued unresolved inconsistencies meant Syria was out of compliance.

Since her last briefing, she said the Office for Disarmament Affairs (UNODA) has been in regular contact with its counterparts at the UN-backed multinational Organization for the Prohibition of Chemical Weapons (OPCW) on related efforts by its Declaration Assessment Team (DAT) of experts, to clarify outstanding issues.

“Unfortunately, all efforts by the OPCW Technical Secretariat to organize the 25th round of consultations between the DAT and the Syrian National Authority continues to be unsuccessful”, she stated.

As Council members were previously informed, the OPCW Technical Secretariat has provided Syria with the list of pending declarations and other documents requested by the DAT since 2019, highlighting 20 unresolved issues.

“I have been advised that the OPCW Technical Secretariat has not yet received the requested information from the Syrian Arab Republic”, said Ms. Nakamitsu.

“Full cooperation by the Syrian Arab Republic with the OPCW Technical Secretariat is essential to closing all outstanding issues.”

The OPCW Technical Secretariat has assured the UNODA chief that it remains “fully committed” to ensuring the “complete implementation” of all Syria’s declaration requirements.

It has also upheld its pledge to assist Syria in fulfilling its obligations under the Convention, OPCW policies, and Security Council resolution 2118.

“I take this opportunity to reiterate my support for the integrity, professionalism, impartiality, objectivity, and independence of the work of the OPCW”, concluded Ms. Nakamitsu.