Every two years, the Office of the Secretary-General’s Envoy on Youth picks out young change-makers who are at the forefront of attempts to combat the world’s most pressing issues, and whose leadership is catalyzing the achievement of the SDGs.

The current cohort of leaders were chosen following an open call for applications earlier this year, which resulted in more than 5,400 applications from over 190 countries. Since launching in 2016, the initiative has collectively reached millions of young people around the world.

The 17 Young Leaders for the Sustainable Development Goals (SDGs), are a diverse, highly accomplished group, all between the ages of 17 and 29, who hail from all corners of the world and work across all pillars of the UN, including sustainable development, human rights, and peace and security.

Among them are an aspiring astronaut, a poet, and a Paralympic medalist. Others range from artists to climate entrepreneurs, and education innovators.

“The 2022 class of Young Leaders for the SDGs represents an incredibly diverse, intersectional and inspirational group of young people who reflect the very best of global youth activism and advocacy when it comes to challenging the status quo and creating a better world for all,” said Jayathma Wickramanayake, the UN Secretary-General’s Envoy on Youth.

“Even amidst the ongoing pandemic, climate crisis and global instability, these young people demonstrate immense resilience, resourcefulness and leadership in finding innovative solutions to the world’s biggest challenges”.

A safe space for women 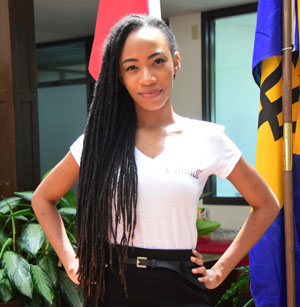 In 2016, Ronelle King, a multi-award-winning Gender Justice Activist from Barbados, founded the #LifeInLeggings hashtag. Created as a safe space for women who had experienced sexual violence to express themselves, it evolved into a grassroots organization: women, encouraged by solidarity, were empowered to speak out on their social media platforms about their experiences.

Ms. King has gone on to play a major role in the Reclaim Our Streets women’s solidarity march, and Pink Parliament, which seeks to increase women’s participation in decision-making spaces, which was awarded a 2021 Nelson Mandela-Graca Machel Innovation Award in the category ‘Democratizing governance processes and systems’.

Her other awards include the 2017 Youth Hero Award, the 2018 Queen’s Young Leader Award by Her Majesty, Queen Elizabeth II at Buckingham Palace, the 2022 Future Island Leader Award and the 2022 Ignite Caribbean 30 under 30 Changemaker Award. 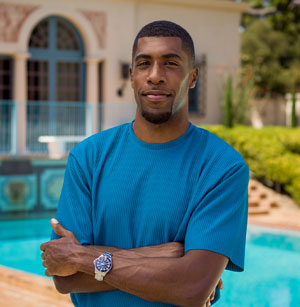 Jamal Hill represented the USA as a swimmer at the Tokyo 2020 Paralympic games, winning a bronze medal. He is dedicated to helping others learn how to swim, and cut the number of people who drown each year.

Mr. Hill uses his global platform to provide swimming education resources, opportunities, and inspiration to millions around the world, including young people with disabilities.

Mr. Hill is the founder of the Swim Up Hill Foundation, which focuses on reaching low-and middle-income communities of colour both nationally and internationally that are at the greatest risk of drowning. To date, the organization has established partnerships across the United States, as well as international programmes in Colombia, Portugal, and within countries in Northern Africa. 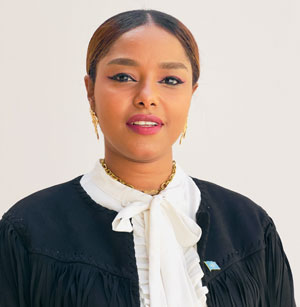 Mayada Adil is a Sudanese medical doctor, fashion designer, woman rights advocate for health equity and a refugee rights activist. Based in France, she has worked on campaigns focused on ending gender-based violence, specifically against female genital mutilation in Sudan and Mali.

Ms. Adil was selected by the French Foreign Ministry to represent Sudanese youth at the Paris Conference for Sudan in 2021, and she has represented Sudanese women at the Generation Equality Forum, where she addressed the importance of integrating refugee women in societies and communities across France.

The LaLoupeCreative artistic platform, co-founded by Ms. Adil, supports refugee artists around the world, providing them with an opportunity to participate in a training programme that can help develop their skills and create “art clinics”.

Previous post Macron condemns Russia’s invasion of Ukraine as a ‘return to imperialism’, calls on UN to support path to peace 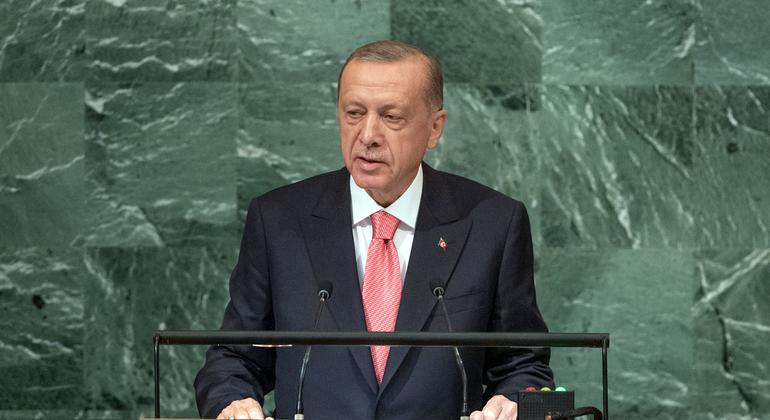