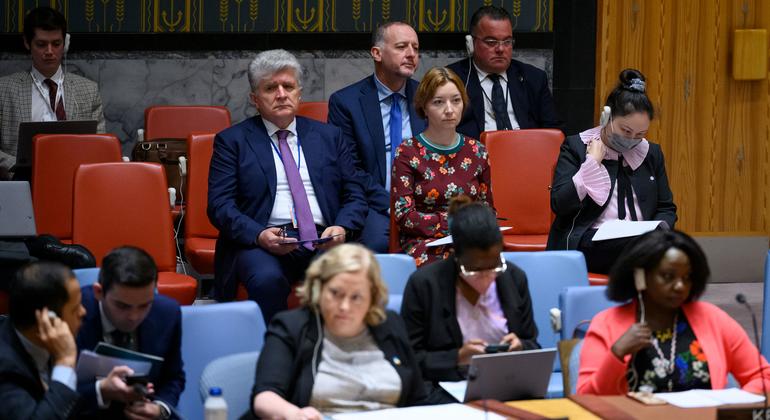 Miroslav Jenča, the UN Assistant Secretary-General for Europe, Central Asia and Americas, briefed an emergency meeting of the Security Council on Thursday morning, following an announcement on Wednesday evening of a ceasefire.

“We welcome this agreement, and hope the ceasefire will hold”, said Mr. Jenča.

He told ambassadors that heavy fighting had been reported along the international border on 12 September, involving heavy artillery, drones and large-calibre weapons, according to reports.

Mr. Jenča said the Armenian Government had “called the events a deliberate attack”, while Azerbaijan had countered that its military action amounted to “retaliatory measures”, which had been made “in response to provocations from Armenia.”

Both countries have written to the Secretary-General and Security Council alleging violations of the ceasefire brokered by Russia in 2020, when a major escalation of fighting between the two former Soviet Republics took place, in the Nagorno-Karabakh conflict zone.

“The United Nations is not in a position to verify or confirm the specifics of these reports. We remain deeply concerned, however, over this dangerous escalation, including its possible impact on civilians”, said the Assistant Secretary-General.

He said the UN Country Teams in both countries, “maintain open channels with the authorities and stand prepared to respond to emerging humanitarian needs, if requested, and as conditions allow.”

He said this week’s fighting “was the latest and the largest in a series of incidents since 2020. It highlights the fact that the process of normalization of relations between Armenia and Azerbaijan continues to encounter serious obstacles.”

Mr. Jenča said it was also a “stark reminder” that the tensions between the two, “also have the potential to destabilize the region. They highlight the need for all actors, in the region and beyond, to act constructively and to press the sides to work for a peaceful settlement.”

He said that the international community needed to remain “fully committed to a peaceful settlement” of the long-running dispute, “and spare no effort to deescalate the current tensions, bring the parties back to the negotiating table and help them achieve peace and stability in the region.”

Previous post In turbulent times, ‘work of the United Nations is more necessary than ever’: Guterres